Every so often I get clients who tell me that within one session with me they feel so much better than after 4, 5, 6 sessions with their psychologist.
Is it that I am much better than other therapists, usually working with Cognitive Behavioral Therapy (CBT) or Solution-Focused (Brief) Therapy (SFBT)?
Ha, I wish! …. So, how can this be? 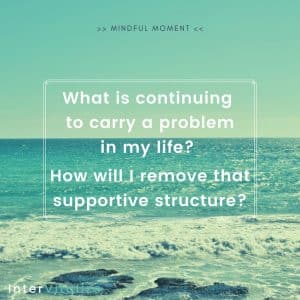 What’s happening is a common mistake we humans make.  We love to think that we’re all rational beings and that we can resolve our problems with rational methods.

If you’ve read my previous blogs you know that I love The Work by Byron Katie, a very CBT way of working.  I just like Katie’s worksheet better than the ABC(DEF) worksheet from CBT / Rational Emotive Behavior Therapy.  It’s more personable and if you want to try it, she has volunteers available for you – free of charge!

These exercises work like magic when people are getting wrapped up in negative or self-destructive thinking or are stressing themselves out with imaginary future events that are never going to happen.
It works great when you’ve got patterns or beliefs taken over from your parents that no longer serve you.  As the Buddha says: our human suffering is caused by our convictions, cravings, thoughts.  Use the worksheet and you can fix it.  Next time you try to go into an outdated pattern of negative thinking, your brain will recognize it and interfere.  Same goes for focusing on your strengths, recognizing wins and successes.  Wonderful stuff – that is, if your rational brain is on-line during your problem state.

However, when the pattern you are working on with the therapist is one bypassing the pre-frontal cortex and directly hitting the amygdala, it results in a fight, flight or freeze response.  A trauma-response.  Your response may seem like a behavorial pattern that you can argue away, except that you can’t.  The amygdala sends info to the hypothalamus which stimulates the autonomic nervous system.  By now you’re running on adrenaline and cortisol: you’re ready for a life-threatening situation.
The rational brain is switched off, no sensible argument will even hit home.
You’ve been there… right?

A rational approach doesn’t resolve the emotional (ab)reaction – if even your better half cannot argue with you in such a state, your therapist will not reach that part either.  Actually, more often than not, you will not show the therapist that trauma-part.  It’s safely stored away, deeply hidden.  Your self-preservation and defense mechanisms will keep it that way as the ultimate survival kit.
Even if you’d talk about it, a rational therapy will not change the reaction at its core.

Knowing something is not the same as fixing it.

Say, your computer is not running like it should.  You’ve defragmented, cleaned out obsolete files, but no luck.  Your computer has a virus.  So, you go to a tech shop and find out from one of the experts which anti-virus software you’d need.  Great!  Now you walk out of the shop, knowing exactly which malware your computer has and where it sits, and you go back to your virus-infected computer.

Did you get rid of the virus?

No, of course not.  In order to do that, you need to buy the anti-virus software, install it and run it on the infected computer to be sure every trace of it gets deleted.

Now, NLP and hypnosis therapies are not very different from CBT or SFBT.
Another branch from the same tree, but here’s one thing several of my trainers made very clear, which my clients’ previous therapists skipped:

The first thing to do is to release any traces of trauma with the proper techniques, whether that is Havening (my favorite), Kinesthetic Shift, Somatic Experiencing, EMDR, EFT, or other therapies that have been proven to resolve trauma.
Just to be clear, research shows that talk therapies are NOT effective for trauma and can even re-traumatize you.  Unfortunately, people often get referred by their GP or by mental support agencies unaware of the latest research on PTSD and repeated trauma.

If there was no discharge from the trauma at the time, the trigger moments will continue till today.  Sometimes, a discharge or abreaction sometimes doesn’t get recognized as the healthy reaction it is (see Peter Levine’s work), because it can look frightening.
So, you may have received benzodiazepines like valium from your doctor, which then stopped the trauma release rather than bringing it to a proper closure.
As from then, you’ll experience trigger moments which result in an over-stimulation of the amygdala, hypothalamus and parts of the cerebellum.  If there has been long-term over-stimulation, your brain structure may have changed.
Fixing your rational thinking doesn’t fix these emotionally charged reactions which take milliseconds to arise.  You can try to interfere rationally after the physical response, but you’re “mopping water with the tap open”, as we say in Dutch.

Has your work with your therapist not given you any results?
Do you have repetitive nightmares or insomnia?
Do you sometimes feel dissociated, from the world or from yourself?
Are you feeling irritable for no reason, or are you fearful and in need of a lot of down-time?
Do you have physical upsets, pains for which the doctor did not find a physical reason?
These are signs of trauma.  And they can be resolved.  Easily.  Fast.
With techniques you can apply to yourself whenever you need them.
Stop living with this and get help.

I’ll talk some more about this topic in my next post, stay tuned.